Later the same day, while at the Academy of Armed Forces, the President of Uzbekistan, the Supreme Commander-in-Chief of the Armed Forces Shavkat Mirziyoyev has chaired an expanded meeting of the Security Council to discuss issues related to the development and reform of the national army.

The session has been attended by members of the Security Council, the leadership of the Armed Forces and government agencies, as well as – through videoconferencing – the heads of regions, the commanding staff of military districts and military units, representatives of public organizations. Reports provided information on work directed at strengthening the country’s defense capabilities.

The meeting served to sum up the results of large-scale efforts on the development of armed forces, critically assess the activities of ministries and departments, as well as local government bodies involved in the implementation of tasks towards reforming the national army. 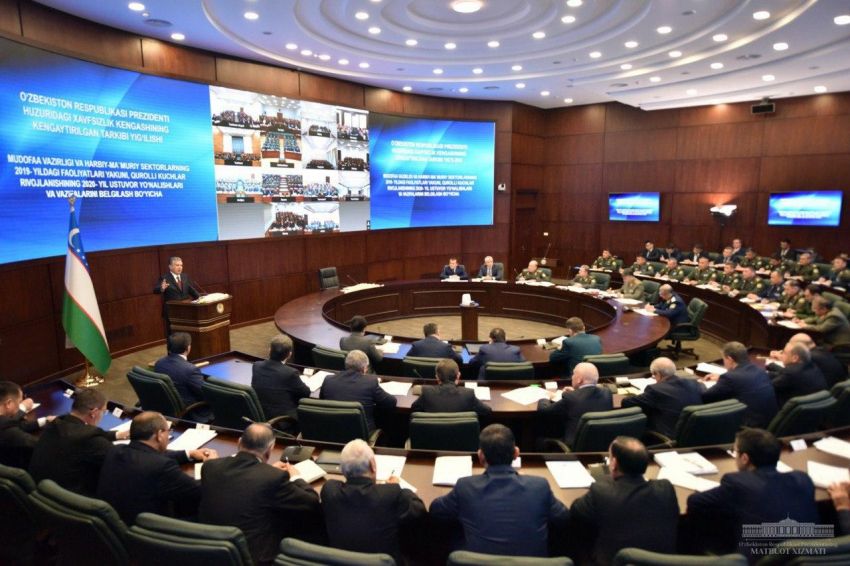 The President noted in his speech that, building on the 2017-2021 Development Strategy of Uzbekistan, extensive transformation has also touched the defense sphere along with other walks of life. Tangible effects have been secured in a relatively short span of time passed and a strategic vision of our armed forces been shaped.

The Supreme Commander-in-Chief said in particular that in the current environment of confrontation in the information space, amid the intensification of the struggle for “hearts and minds”, especially of the younger generation, military-patriotic education has been growing in significance.

Additional instructions have been given to improve the system of such education among the population, primarily youth, to engage them in the process of reforms in progress in the country, realize their intellectual and creative potential.

“In material terms, the army can be fit with all the state-of-the-art systems, yet a weak morale, lack of fighting spirit and devotion, the sense of love for the Motherland and responsibility for its fate, indifference can ultimately lead to irreversible consequences,” the head of state pointed out. 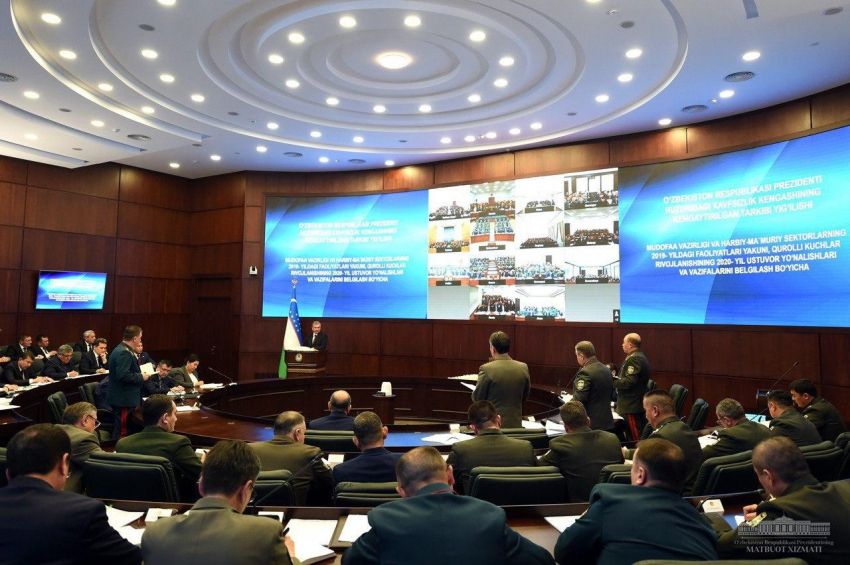 The session participants also considered other important areas of reform and development of combat forces.

Following the meeting, the Supreme Commander-in-Chief of the Armed Forces outlined recommendations and set specific tasks for officials to arrange works towards bolstering the nation’s defense capabilities. 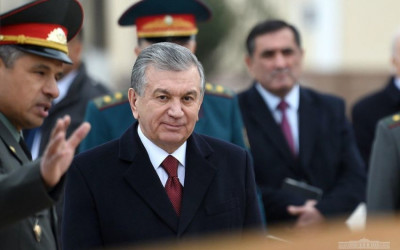