The President outlines principal challenges the government should address

At the joint session of the Legislative Chamber and Senate of the Oliy Majlis, the participants are considering the candidacy of the Prime Minister as well as an action plan of the Cabinet of Ministers for the near and long-term future.

President Shavkat Mirziyoyev has listed key objectives the government to be approved ought to work on.

Horticulture and livestock, it was noted, should be the chief locomotive of agriculture. In ensuring food security, the Cabinet faces the task of manufacturing production growth of 2.5 times in the next five years.

In the context of decreasing water resources, it is vital to introduce drip irrigation and other water-saving technologies in the next five years on at least 30 percent of irrigated land, to reduce the operational and investment costs of hydraulic structures by at least 15 percent owing to the expansion of public-private partnership.

The head of state pointed out the need to eliminate problems in the oil and gas and power energy sectors for the accelerated development of the economy. 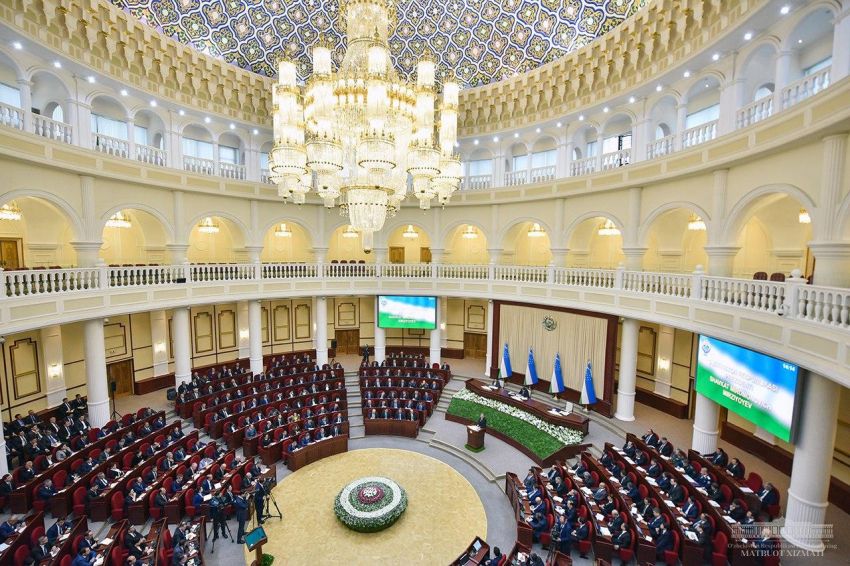 “The government should take effective measures to transform these areas, actively engage the private sector, and fully wipe out losses and theft by streamlining the accounting process. In the hydrocarbon industry, we should secure growth in fuel production by 5.2 million tons by the year 2025, including the commissioning of 5 facilities worth $ 4.1 billion this year. In the next five years, it is required to raise electricity generation to at least 80 billion kilowatt-hours, including by bringing the share of renewable energy sources to 20 percent,” the President said.

Owing to profound structural transformation and the implementation of major investment projects, it is crucial to boost the volume of production in the mining industry 1.5 times and augment the manufacturing of construction materials threefold by 2025.

Regarding textile and leather-footwear production, President Shavkat Mirziyoyev focused on the need, by 2025, for a complete processing of domestic raw materials and exports of products worth $ 8 billion.

The requirement to speed up the development of the electrical industry based on high technologies, increase the manufacturing of household appliances and industrial electrical equipment as well as cable products was underscored.

In the automotive industry, the main task will be to bring the production of cars, trucks and buses to 360 thousand units a year, as well as export to at least 100 thousand units by 2023.

The head of our state pointed to the necessity to spearhead new large-scale projects to modernize the capacities of the chemical industry and to deep process natural gas.

In the next five years, the share of locally produced medicines in the domestic market ought to grow from the current 45 percent to 70, while the export volumes of such goods – up to $ 100 million.

The President stressed the need for improving infrastructure, increasing the number of hotels, developing transport communications and raising the quality of services to ensure the tourist flow to the country to exceed 12 million people per year. 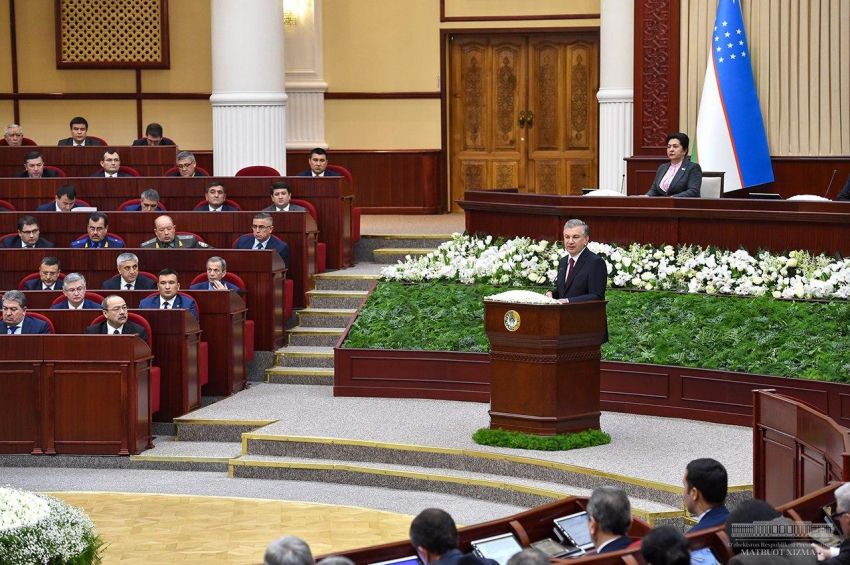 “An important task of the new government will be to reduce unemployment to 7 percent, create at least 500 thousand new jobs annually, and double the income of the population by meeting the objectives set,” Shavkat Mirziyoyev said.