Reception in honor of the visit The reception was attended also by members of official delegations of the two countries, government and public figures. 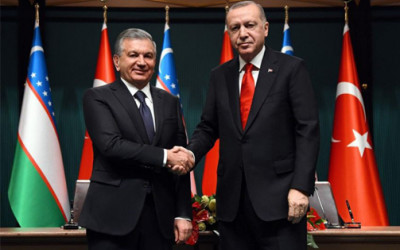 Following the negotiations, Presidents Shavkat Mirziyoyev and Recep Tayyip Erdogan signed a joint statement on the outcomes of the first meeting of the Strategic Cooperation Council. A number of documents on cooperation in trade, economy and technology have also been inked.